Today, Kokum has become extremely well known and widely used in other parts of India, as well as the world. It is not only used in cooking but is also used for making sherbets and is also known to have pharmaceutical and industrial uses as well.

Kokum based drinks are made especially in the hot sweltering summers. It is known to decrease the effects of the heat and have a cooling effect on the body.

What is Kokum (Garcinia Indica)

Garcinia Indica, commonly known as Kokum, is a fruit-bearing plant found in the western region of coastal southern India.

The plant is very rarely seen beyond this belt, and that’s the reason why the kokum fruit is used mainly as an ingredient majorly in cuisines from Maharashtra, Gujarat and other coastal states of Southern India and is mainly limited to the Indian subcontinent.

When it is ripe, the fruit is picked, and the skin of this fruit is removed. It is then soaked in the juice which is extracted from the pulp. Post which the skin is sundried.

Fruits which have dents and bruises or even blotched skin are to be avoided when one is buying these fruits.

When the fruit is bruised, the bitter latex which is there as part of the skin permeates the portions which are edible and thus the entire fruit becomes inedible. For the fruit to be considered prime and edible, it should be perfectly round and shiny.

This fruit is sweet yet acidic in taste. The potent and watery portion which can also be called the pulp is edible, and it surrounds a flat malleable seed. This fruit is very like much the Cochin goraka fruit.

Kokum, when dried, tastes metallic and sour. It has no touch of sweetness. It is salty, and it is like a fresh cranberry. This fruit is usually consumed when dried and rarely consumed raw.

Other popular names of Kokum

Kokum is known by other names as well, such as black kokum, kokam, cocum, mangosteen oil tree as well as butter tree.

In Spanish, it is called cocum. In German, it is known as Kokam. In Italian and French, It is famous as cocum.

The botanical name for this spice belonging to the Guttiferae family is Garcinia Indica.

Kokum belongs to the mangosteen family which is Clusiaceae, and there are around 200 species of this family which mainly flourish in African and Asian continents.

In India itself there are 35 different species, out of which 17 are endemic.

Kokum is found not only in wastelands but also on riversides, as well as in forest lands. These plants are partial towards evergreen forests but can also be found in places where rainfall is much lower.

These plants are also cultivated though it is not easy to grow them in spite of the fact that they do not require fertilisers or pesticides to be sprayed nor do they even require irrigation.

Kokum is a wonderful fruit with many health benefits. One can either eat it raw, drink the juice, have the sun-dried kokum or pulverise the skins which are sundried to use it as a souring agent or food additive. It can be used as a substitute for tomatoes, dried mango powder or tamarind.

When the dried fruit is soaked in water, it causes the water to turn purple, and hence it can be used as a food colouring agent or to make smoothies and other drunks.

This fruit is not only nutritious but also a very healthy fruit that improves overall immunity.

It is beneficial for pregnant women as it helps both the mother and her developing baby.

Kokum improves digestion as well stimulates the appetite. It is used for people suffering from constipation and dysentery.

It helps prevent infection as it has both antifungal as well as antioxidant properties. It also wards of aflatoxins and is thus used as a food preservative.

5) Guard against Diabetes, Cancers and other Diseases

Kokum is also known to control diabetes, and certain kinds of cancers as well as neurological disorders. It alleviates pain, and it helps in reducing tumours.

It also helps in protecting the liver, and there are findings in Japan which show that there is a possibility it can be considered for antiulcer drugs.

Kokum has anti-ageing properties and is extremely rich in anti-oxidants that improve overall skin and hair texture. It helps in repair and regeneration of cells.

Kokum reduces the body heat and has cooling properties. It refreshes the person who drinks this, and it also energises them. This acts as a protection against dehydration and sunstroke. Kokum butter is used for hair, skin and applied to the lips as well. This is great for healthy hair and good skin.

This is also used for making skin lotions, soaps, balms and lipsticks. The oil is also edible, and it is rich in Vitamin E.

9) Stabilises the levels of Cholesterol & Helps in Weight Loss

Kokum has no saturated fats as well as it is low in calories. The acid which is provided in the fruit is used in the fight against cholesterol as it stabilises the levels of cholesterol.

Kokum also helps in decreasing the production of excess fat. It thus aids in weight loss.

Kokum also helps in reducing the chances of heart diseases and works as a cardio-tonic. In addition to these benefits, Kokum is also known to have anti paralysis properties.

It is used for treating cracked heels. Kokum is also used in Ayurveda for rheumatoid pains, for people with bowel problems, menstruation delays, intestinal parasites, ear infections, dermatitis, sores as well as for treating inflammatory issues.

Apart from the above mentioned benefits kokum helps in controlling weight gain as it helps in lowering the rate of conversion of carbohydrates in to fats.

Other Uses of Kokum (Garcinia Indica)

The seeds which are contained in the fruit offer between 23% – 26% of oil which is solid when it is at room temperature. This, therefore, is used for making cosmetics, medicines as well as confectionary.

It is used for making of candles, and the cake which is left behind after all the oil has been extracted is then used for manure.

Industries now have started using this fruit to extract hydroxycitric acid from the rind. The liquid extracts procured from the dried fruits are also found to have an effect on mice which is anxiolytic.

Side effects of Kokum (Garcinia Indica)

This is very effective for curing obesity, and it is useful even for acid reflux, anorexia as well as various kinds of intestinal disorders. This is effective as Kokum has anti-allergic properties. It has anthocyanins, catechin, bioflavonoids and thus, it has the goodness of most nutrients which are essential for healthy human development

Kokum is indeed a gift of nature which can be put to a variety of uses. Restricted to the Southern regions of India and some parts of Africa, Kokum has now made its way to global markets.

The many beneficial effects and the significant health benefits of consuming/applying kokum have made it extremely popular and ‘in-demand’.

It has been used in Ayurveda for a very long time and is now making its way to modern medicines too. If not for the medical benefits, try Kokum for the great taste it offers! It adds flavour to food, and health to life! Do try Kokum once in your life and if you have already tried it then do let us know about your recommendations and thoughts about this fruit. The best part about Kokum is the fact that unlike many other beneficial fruits it is actually very tasty and delicious and so it doesn’t take a lot of effort to add this beneficial fruit to your diet. 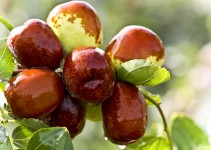